KSA to ‘Only’ Grant Humanitarian Visas for Lebanese 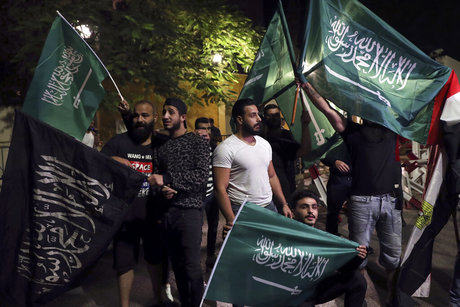 Saudi Arabia will limit the visas it issues for Lebanese nationals to only cover humanitarian cases, MTV said Thursday, which will escalate the diplomatic row between Beirut and Riyadh.

A security source in the Kuwait also said Wednesday the country is to limit the number of visas it issues for Lebanese nationals.

Saudi Arabia and neighboring Kuwait both recalled their ambassadors from Beirut after Lebanon's information minister criticized a Riyadh-led military intervention in the Yemen conflict, sparking a row with Gulf states.

Hundreds of thousands of Lebanese work in Gulf Arab states including Saudi Arabia, the UAE, Kuwait and Bahrain.

Kuwait, which has a sizable Shiite community, is currently holding 16 of its own nationals suspected of helping to finance Hizbullah, according to local media.