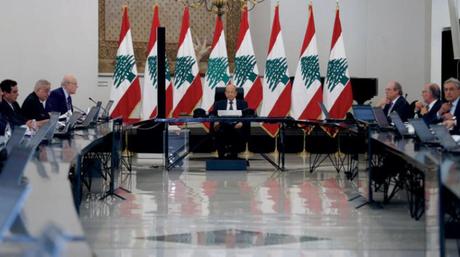 There are new efforts to resolve the governmental deadlock and a Cabinet session might be held in the middle of next week should things go as planned, governmental sources said.

“Hizbullah is willing to facilitate the resumption of Cabinet sessions,” the sources told the PSP’s al-Anbaa news portal in remarks published Sunday.

Ain el-Tineh sources also revealed that Speaker Nabih Berri “exerted intensive efforts over the past period and is seriously seeking to resolve the crisis.”

The efforts are aimed at resolving “the governmental and diplomatic crises” and “the next 72 hours might carry positive surprises on the condition that the other political parties meet Speaker Berri half way,” the sources added.

Al-Liwaa newspaper had reported Saturday that Information Minister George Kordahi had discussed the possibility of his resignation in his meeting with Berri on Friday.

It added that Kordahi might visit Bkirki soon as part of the solution and that an exit could be announced during a visit by Berri to Bkirki.