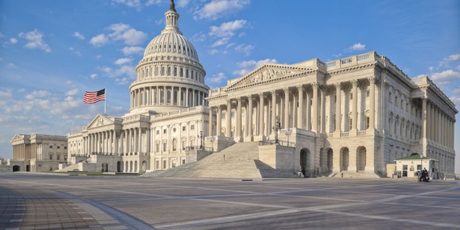 A delegation from the U.S. Congress will arrive this week in Beirut, al-Joumhouria newspaper said.

The delegation including House of Representatives members of Lebanese origin is visiting Lebanon "to get informed on the country’s situation and on the repercussions of the regional developments on Lebanon.”

Informed sources told al-Joumhouria, in remarks published Monday, that the delegation was formed after meetings held in Washington with parties’ delegations and Lebanese officials.

The delegation’s visit is “an answer to calls for a direct support from the U.S. amid an economic, financial and security crisis in Lebanon, in addition to the proliferation of illegal arms,” the sources said.

The sources added that these issues cannot be resolved by the Lebanese institutions that are “officially incapable of managing the country's affairs,” and that there is a “growing fear” of “those who want to disrupt the official constitutional and administrative institutions.”