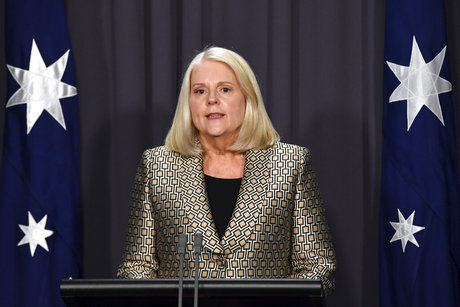 Australia on Wednesday listed all of Hizbullah as a "terrorist organization," extending a ban on the armed wing to the entire movement, which wields considerable power in Lebanon.

Some countries have sought to distinguish between Hizbullah's political and militant factions, fearing a blanket ban could further destabilize Lebanon and hamper contacts with authorities.

Australia had such a policy since 2003, when it banned Hizbullah's so-called External Security Organization -- a part of the movement's military wing that is chiefly focused on shadowy overseas operations.

From now, membership of the entire organization or providing funding for it will now be proscribed in Australia, which has a large Lebanese community.

"Hizbullah is an Iranian-backed terror organization in Lebanon responsible for countless attacks in Israel & around the world," he tweeted.

No reason was given for the timing of Canberra's decision, which comes as Lebanon reels from spiraling political and economic crises.

The move may play well domestically for Australia's conservative government, ahead of its own elections expected next year.

Before 2018 polls, Morrison made the surprise move of recognizing west Jerusalem as Israel's capital, helping secure votes in a battleground Sydney seat with a sizable Jewish community.

In June, he testified to the Australian parliament that the previous designation was "insufficient" adding that "Hizbullah is structured and operates as a singular organization."

"In recent years a laundry list of Hizbullah terrorist plots and illicit financial schemes have involved Australian citizens and/or activities on Australian soil," he said.

Australia's government also announced Wednesday that it would be listing far-right group "The Base" as a terror group.

"They are a violent, racist neo-Nazi group known by security agencies to be planning and preparing terrorist attacks," Andrews said.

As the saying goes "Better late than never"

Any decent human being should be thanking Australia for listing HizbIran as a terrorist group. What a way to report the good news Naharnet