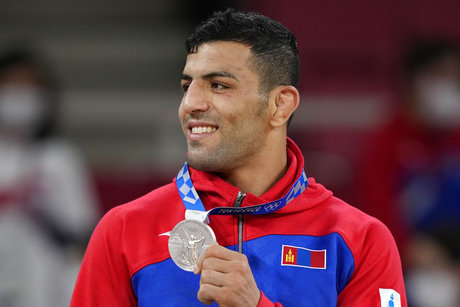 The Iran judo federation's appeal against a four-year ban from international events for refusing to let its athletes face opponents from Israel was heard on Tuesday.

The Court of Arbitration for Sport said the Iranian appeal against an International Judo Federation ruling was held by video link. A verdict is expected to take at least several weeks.

The IJF acted against Iran after former world champion Saeid Mollaei left the team claiming he was ordered to lose matches at the 2019 world championships to avoid facing Israelis.

Mollaei fled to Germany citing fears for his safety in Iran and later got International Olympic Committee approval to compete for Mongolia. He won a silver medal in the 81-kilogram class at the Tokyo Olympics in July.

The IJF at first imposed an indefinite ban on the Iranian federation until its policy of discrimination was changed. That was overruled at the CAS and the case was sent back to the governing body which settled on a four-year suspension in April.

The provisional ban, which could still be withdrawn if Iranian officials allow their athletes to compete freely, is set to run into September 2023.