Cassation Court Says Only It Eligible to Look into Recusal Requests 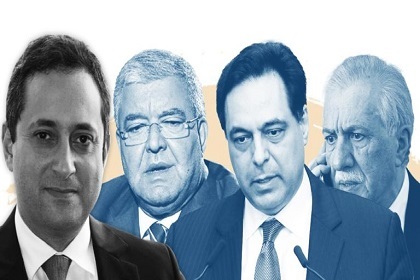 The Court of Cassation on Thursday said it is the only authority eligible to look into recusal requests against Beirut port blast investigator Judge Tarek Bitar, media reports said.

Noting that the investigative judge "can be dismissed," the Court stressed that it is up to it to take such a decision and not to the Judicial Council, reversing a ruling by Judge Imad Qabalan in this regard, al-Jadeed TV said.

The Court meanwhile dismissed the two lawsuits filed against the state by ex-PM Hassan Diab and former minister Nouhad al-Mashnouq and the recusal lawsuits requests filed against Bitar by ex-ministers Ghazi Zoaiter and Ali Hassan Khalil.

The Criminal Court of Cassation led by Judge Randa Kfoury meanwhile accepted a recusal request against Attorney General Ghassan Khoury that had been filed by the Beirut Bar Association, as it dismissed a “legitimate suspicion” lawsuit filed against Bitar by ex-minister Youssef Fenianos.