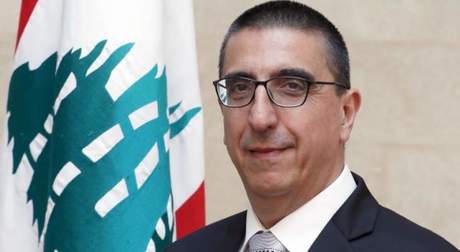 Discussions to secure the resumption of Cabinet sessions have made some progress, Social Affairs Minister Hector Hajjar said.

“Things will return to normal and all Lebanese components are tackling the file of resuming Cabinet sessions,” Hajjar, who is loyal to the Free Patriotic Movement, said.

“All parties are exerting efforts and we hope for positive results,” the minister added, in a radio interview.

Cabinet has not convened since October 14, when a political crisis erupted over Judge Tarek Bitar’s probe into the port blast, with Hizbullah and Amal demanding that a decision be taken in Cabinet to remove him over alleged bias. President Michel Aoun's camp and other parties had meanwhile voiced their rejection of political interference in the judiciary.

But Bassil has repeatedly said the FPM is not participating in this government and has no ministers in it?

This is the creature that said Lebanese women are fussy because they want to use Sanitary towels! He also said that Chinese women do not use sanitary towels.... He is Aouni.