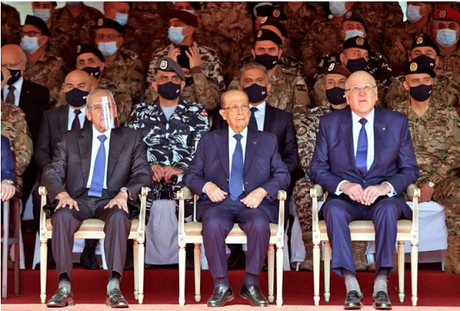 There is no solution to the governmental crisis unless the ruling parties, including the Free Patriotic movement, agree on restoring the role of the Higher Council for the Trial of Presidents and Ministers, Amal and Hizbullah sources told al-Liwaa newspaper.

“A progress has been made in the last couple of days,” according to the newspaper, without reaching a final consensus before the legislative session tomorrow.

The FPM’s political council “showed flexibility” towards discussing the referral of the ex-PM and former ministers to the Higher Council for the Trial of Presidents and Ministers in parliament, al-Liwaa added.

The newspaper quoted the FPM as saying that “the government is not responsible and has no authority to resolve the existing judicial dispute,” and that “finding a solution is within the competence of the judiciary or Parliament.”