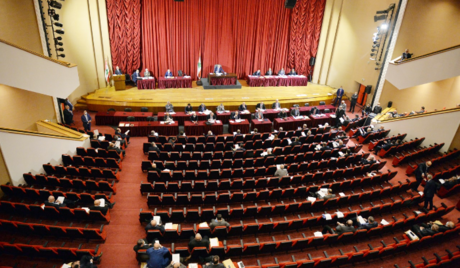 Parliament held a legislative session Tuesday at the UNESCO Palace in which several draft laws were approved and others were sent back to the parliamentary committees.

Among the bills that were passed was one that amends Lebanon’s loan treaty with the World Bank in order to support the government’s social aid plan, and another that obliges banks to transfer $10,000 to every Lebanese university student studying abroad for the 2021-2022 academic year.

Parliament meanwhile postponed the approval of a draft law aimed at regulating the spending of the funds that Lebanon has received from the International Monetary Fund under the special drawing rights allocation.

Speaking during the discussion of the bill, Speaker Nabih Berri decried that the biggest cause for the waste of public funds in Lebanon is the electricity sector.

“This amount of money can build power plants that can spare Lebanon from paying very hefty sums of money for a year or more,” Berri said.