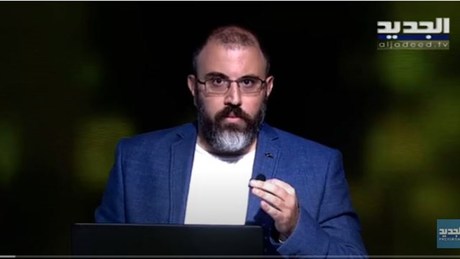 The U.S. State Department on Wednesday announced that al-Jadeed TV investigative journalist Riad Kobeissi is one of the winners of its 2021 International Anticorruption Champions Award.

“At least seven years prior to the horrific August 4, 2020, Beirut port explosion, Mr. Kobeissi began exposing rampant bribery and smuggling at the port through a bold blend of investigative and ‘accountability journalism,’” the U.S. embassy in Lebanon said in a tweet.

“His pioneering work has inspired young people in Lebanon and throughout the Middle East,” it added.

Congrats! A great lesson for those who put all Shia in the same bag.

they put themselves in the same bag.

I know it feels this way but it’s because of their “leaders”.

Not all of us shiites (I hate to speak like this), I am Lebanese first, follow the Duo of Hizboz and Amal. I don't even follow anyone. I am my own person. However through the years some vile, hate stuff has been posted on here painting ALL Shites in the same brush.