Not So ‘Explosive’ after All, What Made Aoun Change His Mind? 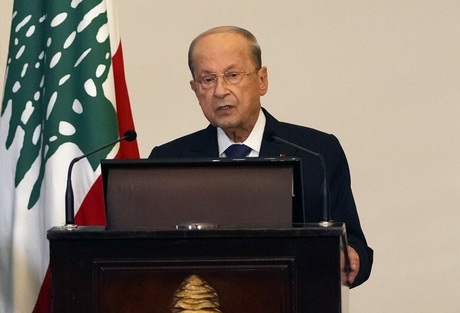 Aoun was reportedly going to “call things by their name,” but ended up criticizing Hizbullah and Amal without naming them.

Aoun in his televised speech Monday used vague suggestions instead of naming the Shiite duo, “so as not to anger Hizbullah, his main ally in the upcoming parliamentary and presidential elections,” the sources said.

The sources went on to say that the Bayada talks “revived the (2006) Mar Mikhael understanding” between the FPM and Hizbullah.

Meanwhile, Bassil’s scheduled press conference on January 2 will “take a different direction,” the sources said. “It will be very convenient for Hizbullah.”

FPM MP Mario Aoun denied a link between the president’s words and the Safa-Bassil meeting. He said that “he heard from the President exactly what he had expected.”

However, the lawmaker added that the meeting might have an impact on Bassil’s position regarding his disagreements with Hizbullah.

is it Al Capone or Al CapAoun?

What a Strong President!

Yesterday Michel Aoun was engaging in what is known as Takiya, a religiously sanctioned telling of lies, dishonest falsehoods, deceits usually practiced by Shias, borrowed by a Maronite Christian, to mislead the Lebanese population. He only fooled himself and, it seems, Mario Aoun.