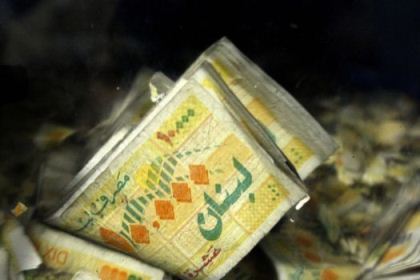 The Lebanese pound sank to a new low on the black market on Monday, with no end in sight to the economic and political crisis gripping the country.

According to apps monitoring the black market rate, the pound was trading at 29,000 to the dollar on Monday afternoon, a record low.

Lebanon is mired in an economic crisis branded by the World Bank as one of the worst in modern times, but officials are yet to strike an international bailout deal.

The financial meltdown began in 2019, and Lebanon defaulted on its debt last year.

Negotiations with the IMF opened in May 2020, but after two months they stalled amid arguments over the size of financial losses.

Talks resumed in September this year after the formation of a new government headed by Prime Minister Najib Miqati.

Lebanese officials have yet to submit a plan for negotiation.

But they have since agreed that financial sector losses amount to around $69 billion, according to Deputy Prime Minister Saade al-Shami, who is leading Lebanon's IMF negotiation team.

The Lebanese pound has lost more than 90 percent of its value in two years, and four out five Lebanese are living under the U.N.'s poverty threshold.

Even though the official value of the pound still stands at 1,507 to the dollar, the central bank has adopted multiple exchange rates to try to combat its devaluation on the black market.

A unification of the different rates "would not be possible" without an IMF deal and political consensus, central bank governor Riad Salameh said this month, adding that $12-15 billion was needed to kickstart recovery.

Lebanon is the best example of what NOT to do in a country. It’s amazing, looks like they like living in a “the worst, the better” mode..what a failled state!