No 'Pre-Agreement' on Bitar but Shiite Duo 'Hopes' Aoun, Miqati Will Act 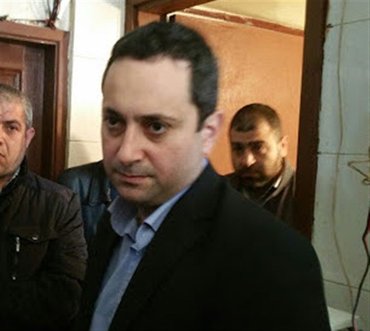 Hizbullah and Amal Movement’s announcement that they will return to Cabinet meetings was not preceded by any pre-agreement on the issue of Judge Tarek Bitar nor by a “package deal,” informed parliamentary sources said.

“The (Shiite) Duo have offered (Prime Minister Najib) Miqati and President Michel Aoun the stance of taking part in government meetings on the hope that Aoun and Miqati would resolve the Bitar crisis through prompting the executive authority to remove the obstacles blocking the formation of a parliamentary panel of inquiry, as stipulated by the constitution,” the sources added, in remarks to Asharq al-Awsat newspaper.

“This stance will also prevent any attempts to postpone the parliamentary elections,” the sources noted, without ruling out the possibility of the presence of “international pressures” that necessitated the move.

This might have manifested itself in the form of “French efforts and a U.S. endeavor to press for passing the 2022 state budget, which is considered an obligatory gateway to launch fruitful negotiations with the International Monetary Fund,” the sources went on to say.

Hizbullah and Amal had announced their return to Cabinet in a surprising statement on Saturday, citing the dire economic situations in the country and the need to approve the state budget and the economic recovery plan.