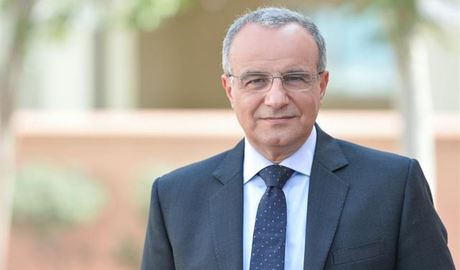 Imad Kreidiyeh, the head of state-run telecom provider OGERO, on Sunday threatened to resign over the authority’s “lack of capabilities,” after a diesel shortage led to an hours-long communications outage in half of Beirut.

“At 11:15 pm communications went down in Corniche al-Mazraa due to a silly reason, which is the delay of a Telecom Ministry accountant in signing a paper, because he was not present there,” Kreidiyeh told al-Jadeed TV, lamenting that “bureaucracy is killing our efforts to provide services to citizens in this country.”

“There will be a meeting tomorrow morning at the Telecom Ministry and OGERO cannot work without capabilities,” the director general added, warning that he will not accept to remain in his post unless sufficient assets are secured.

“If I cannot provide internet, it will be better to leave my post,” he added.

Noting that the Ashrafieh station is also facing a possible outage “because it is operating on batteries,” Kreidiyeh revealed that “one of Beirut’s sons has donated” fuel.

“Fuel has been secured for the Asrhafieh and Corniche al-Mazraa stations, and the Mazraa station is expected to return online within half an hour, but the quantity can only serve for three days after which we will return to the same dilemma,” the director general warned.

Meanwhile, Riad Salameh is selling USD to Banks so they may transfer it abroad for a total inevitable collapse.