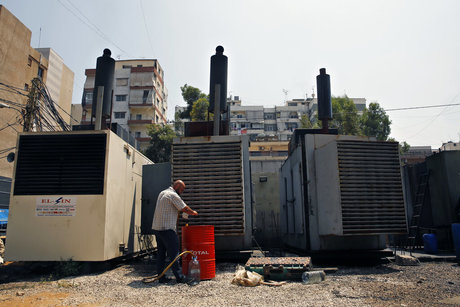 "Media reports that the United States has brokered an energy deal between Israel and Lebanon are false," the U.S. State Department tweeted.

Israeli Channel 12 news had said that the U.S. had brokered an agreement for Israel to indirectly supply natural gas to Lebanon through Jordan and Syria.

The report said the agreement was approved by the United States in coordination with Russian President Vladimir Putin.

The Lebanese Ministry of Energy affirmed, for its part, that the natural gas is Egyptian, denying the media reports as well.

The natural gas from Egypt will be used to generate electrical power to the Lebanese who are currently living with only few hours of state electricity a day and are obliged to pay increasing hefty bills to private generator operators, which also depend on diesel fuel.

Internet services were disrupted in Lebanon on Sunday because of diesel shortages which pushed head of state-run telecom provider OGERO, Imad Kreidieh, to threaten of resigning.

“If I cannot provide internet, it will be better to leave my post,” he said.

If Jordan bought it from Israel and then pumped it through the pipeline to Lebanon, is Lebanon going to refuse to accept it in order to improve the situation in the country or refuse it and let the Lebanese people continue to suffer.
Any normal government would know EXACTLY what to do, and would probably even request more, but as far as Lebanon goes, I'm not holding my breath..

They will never buy any stolen Palestinian natural resources. Most Lebanese have morals and ethics unlike UAE and Bahrain government