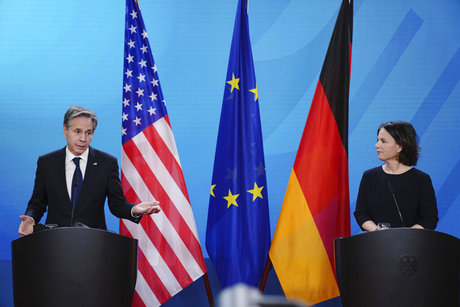 "We have been very clear throughout if any Russian military forces move across the Ukrainian border and commit new acts of aggression against Ukraine, that will be met with a swift, severe response from the United States and our allies and partners," Blinken told reporters in Berlin.

He also warned that Western powers were united on Russia, adding that Moscow enjoyed no similar "strength."

Western powers are "acting together with one voice when it comes to Russia. That unity gives us strength -- a strength, I might add, that Russia does not and cannot match," Blinken said after talks in Berlin with Britain, France and Germany.