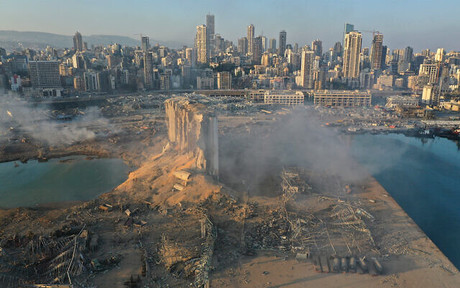 Court of Cassation Judge Rola al-Masri dismissed Tuesday a recusal request that had been suspending the investigation into the Beirut port blast.

Former ministers and incumbent MPs Ali Hassan Khalil and Ghazi Zoaiter had filed a request before the Court of Cassation to recuse Judge Naji Eid from looking into a recusal lawsuit against Judge Tarek Bitar.

The investigation had been suspended for two months because of the delay in taking legal decisions on these recusal lawsuits.

Last week, families of the victims of the Beirut port blast stormed the Justice Palace in Beirut to urge faster court decisions regarding the recusal lawsuits obstructing the investigation.

The families considered the delay to be an intentional obstruction to the probe as suspended Bitar waits for a court decision to return to work while Masri had been failing to appear to take the decision.

"The decision should have been taken a week ago," said William Noun, brother of Joe Noun, a member of the Fire Brigade team who was killed by the devastating blast, during last week's protest.