Report: Banks Threaten to Shut Down if Salameh Arrested 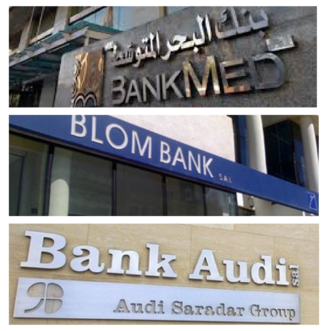 The main commercial banks in Lebanon have warned the relevant officials that they would shut down their operations and that their CEOs would leave Lebanon should Central Bank Governor Riad Salameh be arrested, informed sources said.

The sources added, in remarks to Kuwait’s al-Anbaa newspaper published Friday, that the banks’ move would be “in protest at the arbitrary and Don Quixotic approach toward the banking sector.”

Reminding of “what happened after banks were closed after October 17, 2019,” the sources said the banks “would not object if Cabinet decides to remove Salameh from his post and appoint a successor in a legal and sound manner.”

Next all bank owners should either repay all the money they made from Salameh’s ponzi or go to jail. Crooks!