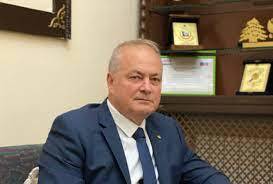 Russian Ambassador to Lebanon Alexander Rudakov has said that a Lebanese Foreign Ministry statement condemning Russia’s invasion of Ukraine “does not take into consideration the cordial and historic bilateral relations between the two countries.”

“It will not affect our relation,” the ambassador, however, added.

“During the difficult days, we know who is with us and who is against us,” Rudakov went on to say.

In the statement that was issued Thursday, the Lebanese Foreign Ministry condemned Russia’s military invasion of Ukraine and called on Moscow to “immediately halt military operations.”

Lebanon calls on Moscow to “withdraw its forces and return to the approach of dialogue and negotiations, as the best means to resolve the current conflict,” the statement added.

The statement sparked controversy in the Lebanese political arena, with many parties openly criticizing it, most notably Hizbullah and its allies.