Nasrallah Wants All Allies to Win, Says Opponents Have No Plan, Only Words 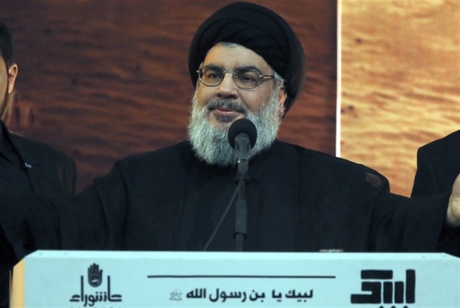 Hizbullah leader Sayyed Hassan Nasrallah has said that Hizbullah will work for the success of its allies in the parliamentary elections.

“Our battle is our allies’ battle,” Nasrallah said in a meeting for Hizbullah’s cadres, as reported by al-Akhbar newspaper on Wednesday.

Nasrallah called for increasing the turnout, even if it necessitates "going to the voters’ houses."

“Our aim is not only for Hizbullah’s candidates to succeed, we also want all of our allies to win with us,” Nasrallah said.

He revealed that Hizbullah will only run with Amal Movement and the Free Patriotic Movement in the Beirut II district and that they haven’t promised a preferential vote for any ally.

He added that Hizbullah’s presence in Cabinet and in Parliament is necessary to “protect the resistance,” even if it implies being accused of "being in the company of corrupted people."

Nasrallah stressed that “elections should not be taken lightly" and that "they are as important as other battles that the resistance has fought."

“Our opponents have not presented a plan. They have only talked about the resistance’s arms, the Iranian occupation and Hizbullah’s dominance over the state,” Nasrallah said.

Our opponents have not presented a plan. They have only talked about the resistance’s arms, the Iranian occupation and Hizbullah’s dominance over the state,” Nasrallah said.

and what are his plans again since he destroyed the economy, beirut and about everything else....

Hezbollah has only 1 program: occupy Lebanon on behalf of Iran. Let the looting continue as long as he’s in control. What a program!

So what is your plan Mr. Nasrallah? How do you plan to bring jobs to Lebanon? Through stuffing shias in public sector jobs and taking our deposits to pay their salaries?