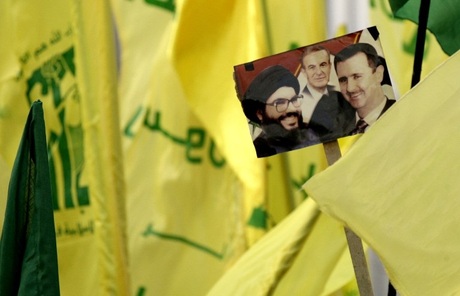 The General Staff of the Armed Forces of Ukraine has alleged that the Russian army has chosen around 1,000 volunteers from what it called “the so-called army of Bashar al-Assad and Hizbullah.”

“The Command of the Armed Forces of the Russian Federation continues to take measures to make up for the loss of personnel at the expense of foreigners. According to available information, the Russian occupiers have already picked up close to 1,000 volunteers from the so-called army of Bashar al-Assad and Hizbullah,” the General Staff said in an English-language Facebook post.

“The main requirement for foreign fighters is the experience of fighting in the city. At the same time, according to available information, the above-mentioned militants do not intend to take part in hostilities on the territory of Ukraine, but to use ‘business trips’ as opportunities to get to European countries,” the General Staff added.

On Tuesday, the Syrian Observatory for Human Rights said Russia had drawn up lists of 40,000 fighters from Syrian army and allied militias to be put on standby for deployment in Ukraine.

The Kremlin said earlier that volunteers, including from Syria, were welcome to fight alongside the Russian army in Ukraine.

The Observatory and activists said Russian officers, in coordination with the Syrian military and allied militia, had set up registration offices in regime-held areas.

"More than 40,000 Syrians have registered to fight alongside Russia in Ukraine so far," said Rami Abdel Rahman, who heads the UK-based monitor. Russian officers deployed as part of the force Moscow sent to Syria in 2015 to support Damascus had approved 22,000 of them, Abdel Rahman said.

Those fighters are either combatants drawn from the army or pro-regime militias who have experience in street warfare and received Russian training.

In a country where soldiers earn between $15 and $35 per month, Russia has promised them a salary of $1,100 to fight in Ukraine, the Observatory reported.

They are also entitled to $7,700 in compensation for injuries and their families to $16,500 if they are killed in combat.

Another 18,000 men had registered with Syria's ruling Baath party and would be screened by the Wagner Group, a Russian private military contractor with links to the Kremlin, the monitor said.

Misinformation about Syrian recruits in Ukraine has been spreading online.

Earlier this month, pictures were shared of a Syrian soldier they said had died in Ukraine, but it later appeared he had been killed in his homeland in 2015.

The Observatory said it had no confirmed reports yet of any Syrian recruits leaving for Ukraine.

Abdel Rahman said Russia had drawn Syrian army recruits from the 25th Special Mission Forces Division, once better known as the "Tiger Forces", and from the Russian-run 5th Division.

Fighters from the Palestinian Liwaa al-Quds group and the Baath party's military branch had also enlisted.

"Until now no names have been written down, no soldiers registered in any centers nor has anyone traveled to Russia to fight in Ukraine," Omar Rahmoun of the National Reconciliation Committee told AFP.

Syrian mercenaries have already fought on opposing sides of foreign conflicts, in Libya and Nagorno-Karabakh.

A Syrian soldier told the activist group this month that he enlisted to fight in Ukraine because he could not find a job after his military service.

"The situation is extremely dire. There is no electricity, heating, or household gas," he said, adding he had registered at an air force intelligence office near Damascus.

Regime-allied forces opened recruitment centres in the eastern towns of Al-Mayadeen and Deir Ezzor, according to Omar Abu Layla, who heads the Deir Ezzor 24 media outlet.

"Wagner started the whole thing in Deir Ezzor; only dozens have registered so far," he said.

God bless our Shia Resistance for advocating the cause of freedom and democracy by standing shoulder to shoulder with our Russian comrades in their fight against the Ukranian Neo-Nazis and Fascists backed By the Saudi-American-Israeli-Sengali-Bengali-Bahraini-Emirati coalition.

Our battle-hardened Shia resistance will not rest until it liberates Jerusalem and Kiev from the transients and occupiers.

Zelensky is a Jew, Jews are known to be unreliable when it comes to telling the truth. They have that in common with the Shia and their Taqiyya way of life.

My conclusion is they’re both lying…. And the truth is so where in between.