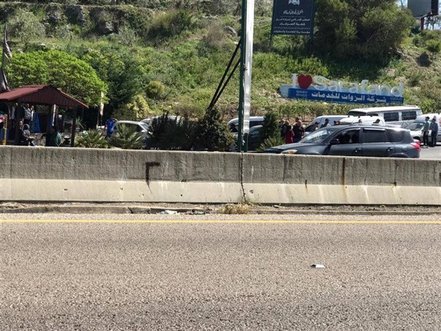 Supporters of Speaker Nabih Berri's Amal Movement on Saturday intercepted supporters and members of a rival electoral list in the southern region of Sarafand.

An online video shows around 10 men beating up a young man as another video shows an Amal supporter opening fire from a handgun despite the presence of army troops.

The Amal supporters blocked a road leading to the al-Wadi Restaurant in Sarafand, where a rally to announce the program of the "Together For Change" electoral list was supposed to be held.

The list is backed by forces that took part in the October 17 uprising -- the Lebanese Communist Party, independents and members of the Tyre Protest Movement.

Supporters of the list lamented that security forces were late in arriving on the scene of the attacks.

Amal's press office meanwhile issued a statement denying any involvement for the Amal Movement in the incidents. It also said that it is up to security forces to address the matter.

The Lebanese Association for Democratic Elections (LADE) meanwhile warned that the incident represents a "serious threat to the safety of candidates, citizens and journalists and subjects the entire course of the electoral process to danger."

Amal & Kizb are the CANCER of Lebanon..

"Hey what's your problem .. it isn't like we threw anyone off the roof of a high rise building, or anything .."