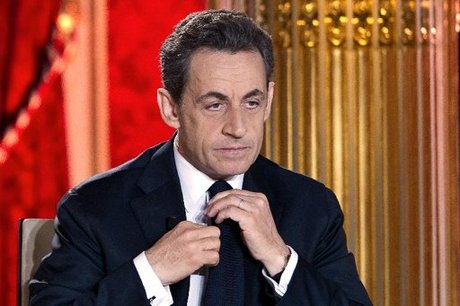 "The Syrian tragedy must stop," said Sarkozy in a statement issued through his office.

Sarkozy "strongly deplores the fact that because of the vote of two permanent members (of the U.N. Security Council) and despite the support of 13 other members, the Security Council was unable, for the second time," to express itself.

Since March 2011, "the Damascus regime has only responded to the legitimate aspirations of the Syrian people for freedom and democracy with fierce repression and endless promises," the statement added.

"It is a heavy responsibility because of course that paralyses the international community," he told France 2 Television.

"I understand it even less given that we made great efforts to accept the amendments presented by Russia and by China," he added.

"There was no arms embargo, no sanctions, no call for Bashar Assad's departure in this resolution," he said, listing the concessions that Western powers had made in their bid to pass the resolution.

"We could not go further," he said.

Western nations were not prepared to put the Syrian regime, which Juppe said was guilty of crimes against humanity, on the same footing as the opposition forces fighting them, "often with their bare hands".

Thirteen countries voted for the resolution drafted by Arab and European nations which would have given strong backing to an Arab League plan to end the crisis.

Russia and China made a repeat of their rare double veto carried out on October 5 on an earlier condemnation of Assad.

So what? Neither Russia nor China care about these bankrupt countries. The only regime change that will happen in the foreseeable future are those in France and the US.

So send weapons to the opposition