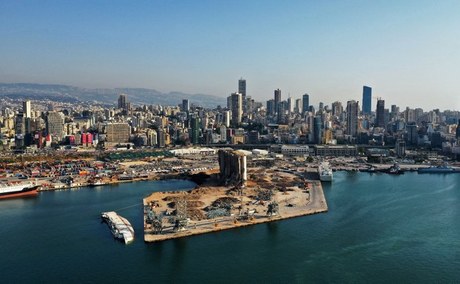 The "destructive actions" of Lebanon’s political and financial leaders are responsible for forcing most of the country’s population into poverty, in violation of international human rights law, the U.N. Special Rapporteur on extreme poverty and human rights, Olivier De Schutter, said in a report published Wednesday.

Urging the country to "change course," De Schutter accused the central bank of an "accounting sleight of hand regarding its losses... that covertly created a massive public debt... which will condemn the Lebanese for generations."

The report follows a country visit to Lebanon and an investigation into the root causes and impacts of the country’s worst economic and financial crisis in history.

“Impunity, corruption, and structural inequality have been baked into a venal political and economic system designed to fail those at the bottom, but it doesn’t have to be that way,” said De Schutter, an independent expert appointed by the U.N. Human Rights Council.

“The political establishment knew about the looming cataclysm for years but did little to avert it. Well-connected individuals even moved their money out of the country, facilitated by a legal vacuum that allowed capital to flow out of the country. Truth and accountability must be sought as a matter of human rights.”

With parliamentary elections on 15 May, the U.N. expert called on the next government to place accountability and transparency at the “heart and center of its actions,” starting with publicly disclosing its own finances and conflicts of interest and demanding that Central Bank officials do the same.

Lebanon’s "man-made" economic crisis started in 2019, and today the country stands as "a failing State", the U.N. expert said. He cited current estimates that put four in every five people in poverty.

“Political connections with the banking system are pervasive, pointing at serious concerns about conflicts of interest in their handling of the economy and people’s savings,” De Schutter said.

“There is no accountability built into the latest rescue plan, critical to restoring the lost confidence of the population and the financial sector. We’re talking about national wealth that belongs to the public in Lebanon and that was squandered over decades of mismanagement and misplaced investments by the Government and the Central Bank.

“Central Bank policies, in particular, led to a downward spiral of the currency, the devastation of the economy, the wiping out of people’s lifetime savings and to plunging the population into poverty. The conclusion of my report is that the Central Bank has brought the Lebanese State into clear contravention of international human rights law.

“Political leadership is completely out of touch with reality, including with the desperation they’ve created by destroying people’s lives. Lebanon is also one of the most unequal countries in the world, yet leadership seems unaware of this at best, and comfortable with it at worst.”

De Schutter also said there was a serious lack of robust social protection mechanisms. “As it currently stands, it is a system that protects the rich while leaving poor families to fend for themselves,” he said. “Public services, including electricity, education, and healthcare, have been gutted, with a State that heavily subsidizes private provisioning of these services. Over a quarter of all public education expenditures go to the private sector, which exacerbates inequality, does not lead to better education, and leads to higher dropouts among children from poor households.

“More than half of families report that their child has had to skip meals, and hundreds of thousands of children are out of school,” he added. “If the situation does not improve immediately, an entire generation of children will be sacrificed.”

The U.N. expert criticized decades of underinvestment in the public healthcare system and the Government’s “disgraceful” partial removal of subsidies on essential medicines. “Medicines remain in severe shortage and prices for chronic disease medication have increased at least fourfold, an all but guaranteed death sentence for those most in need,” the U.N. poverty expert said.

Despite the dearth of official poverty data -- which the Government does not systematically collect, in part owing to the lack of census since 1932 -- estimates suggest that multidimensional poverty nearly doubled between 2019 and 2021, affecting 82 percent of the population last year.

The U.N. report finds Palestinian and Syrian refugees face disastrous living conditions in Lebanon, with 88 percent living under minimum survival conditions. Almost half of Syrian families are food insecure. “The horrendous plight of refugees is a direct result of the administrative and legal measures imposed by the State, which continues to sideline and blame them for its own failure to provide basic goods and services to the population, whether education, decent jobs, safe drinking water or electricity,” he said.

“If trust for a better future is to be restored, the Government must strengthen the Central Inspection, free the National Anti-Corruption Commission from potential political interference, ensure independent oversight of Électricité du Liban, and ingrain accountability and transparency into the recovery plan,” he added.

The U.N. expert also called on the incoming government to commit to improving its human rights record in all spheres by reducing inequality, fighting corruption and impunity, building strong and resilient social protection, education, and healthcare systems, and placing the interests of the public above private profits.

He said the crisis had been "manufactured by failed government policies" and that even as the situation deteriorated, officials did not adopt reforms.
"They have a sense of impunity. That is extremely problematic," de Schutter reported to Reuters.

"Impunity, corruption, and structural inequality... Lebanon is also one of the most unequal countries in the world, yet leadership seems unaware of this at best, and comfortable with it at worst.”
He didn't mention Article 24's set-aside of half of Parliament to Christians. He doesn't know too much about human rights, eh?

Lebanese Forces leader Samir Geagea has said that “the result of resistance as proposed by Hizbullah is the collapse and disasters we’re witnessing today.”
“Resistance is to live in dignity, but are you living in dignity today? They promise the people that they will fight the universe while our people are living ‘beneath the seventh ground,’” Geagea said, addressing the Shiite community in the Baabda district and entire Lebanon.
“We do not accept that any single party monopolize the concept of resistance, seeing as the real resistance is the one practiced by the entire state supported by the people. What Hizbullah is saying is wrong, seeing as they only want to preserve their weapons. If it is really a resistance, what has it done over the past 15 years?” Geagea asked, during an electoral rally for the candidate Pierre Bou Assi in Baabda.

The Un report must be changed to blame Israel for these crises. Lebanon had nothing to do with causing them.