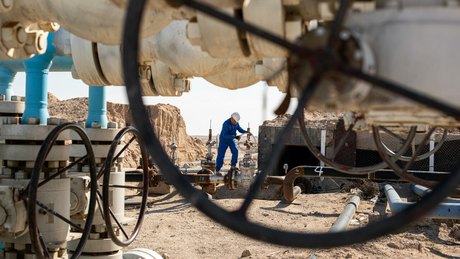 Iraq has agreed to pay $1.6 billion in debt to Iran by June 1 to secure a steady gas supply for power generation through the summer, its electricity minister said.

Chronic underinvestment through decades of war and sanctions has left Iraq dependent on imports from its eastern neighbor for a third of its gas needs.

But U.S. sanctions on Iranian oil and gas have complicated Iraq's payments for the imports, leaving it in heavy arrears and prompting Iran to respond by periodically switching off the taps.

The result has been extended power cuts across much of the country, particularly during the summer, when temperatures routinely reach 52 degrees Celsius (126 degrees Fahrenheit) sending demand for refrigeration and air conditioning soaring.

"We have reached agreement on supply in sufficient quantities. We have agreed on 50 million cubic meters (per day) during the four summer months," acting electricity minister Adel Karim told state television late Wednesday.

During winter, Iraq will import between 10 million and 20 million cubic meters per day of Iranian gas, he added.

"They agreed to supply us with the gas but they had conditions. They are demanding... $1.6 billion," Karim said, adding the payment will have to be made "by the start of June".

The figure represents Iraq's arrears for 2020, which have yet to be settled because of the arcane payment method Iraq is obliged to use to comply with an exemption from US sanctions on Iran.

Iraq is not allowed to simply hand over cash to Iran. Payments must be used to fund imports of food and medicines.

Alternatives under consideration include a connection to the Turkish national grid to supply electricity to Iraq's second city Mosul and a link to Kuwait and Saudi Arabia to help power the south.

Karim said imports of liquefied natural gas were also expected to begin from Qatar in the "next few months" but underlined that no alternative source was likely to replace Iranian gas soon.

"In my humble opinion we will depend on Iranian gas for five or 10 years to come," he said.