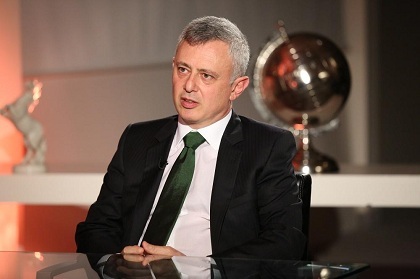 The May 15 parliamentary elections come amid a “delicate situation” and will decide Lebanon’s “strategic choice” in the coming period, Marada Movement chief Suleiman Franjieh has said.

“Our choice is known and clear and we’ve been engaged in the battle of choices for the past 30 years. We have not changed and we will not change,” Franjieh said in an interview on al-Mayadeen TV.

Noting that the country’s unprecedented economic and financial crisis is “the result of accumulations and is not recent,” Franjieh said he does not consider Hizbullah’s arms to be “the reason.”

“The resistance is what’s protecting all our gains today and we are in favor of the army protecting the country when there is a defense strategy agreed on by everyone,” the Marada leader added.

Pointing out that “nothing confirms the presence of a relation between the Lebanese Forces party and Israel and nothing guarantees that it doesn’t exist,” Franjieh stressed that “dialogue with Hizbullah is necessary and is the right path to reassure everyone.”

As for the relation with the Free Patriotic Movement, Franjieh said he is ready to “sit with the FPM, discuss all issues and start a new chapter.”

“The positive atmosphere that we have created in the region (of Zgharta) has led to openness and our region is a model for democracy in Lebanon… Lebanon is the country of diversity and no one can change its image,” Franjieh went on to say.

Elections will decide whether Lebanon will be free, democratic, sovereign just and prosperous or occupied by an Iranian criminal militia, oppressed, impoverished, humiliated, unsecure, isolated, a pariah state, and living in hell if HizbIran and its puppets FPM, Marada and Amal are elected. No brainer!