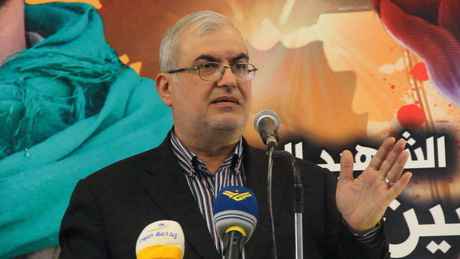 "We accept you as opponents in parliament, but we will not accept you as shields for the Israelis," said Raad, according to Hizbullah's al-Manar TV channel.

Raad headed the outgoing parliamentary bloc led by Hizbullah and was re-elected Sunday in the first polls since the country's economy was dragged to the brink of collapse and a mass anti-government protest movement sparked hope for change in 2019.

His comment raised fears of unrest as the country awaits results Tuesday, which will show whether Hizbullah and its allies can keep an actionable majority in parliament.

Lebanon suffered a 15-year-old civil war that ended in 1990 with most belligerents turning into political parties that have ruled the country for the past 30 years.

Independents from the country's nascent protest movement and members of Hizbullah's arch-rival, the Lebanese Forces (LF), are expected to make major gains in Sunday's polls.

Samir Geagea's LF, which has strong ties with Saudi Arabia, should emerge as the largest Christian party, at the expense of President Michel Aoun's Free Patriotic Movement (FPM), which is allied with Hizbullah.

Hizbullah has so far retained all its seats.

Hizbullah supporters last year accused LF gunmen of killing seven of their supporters during a protest in Beirut. The Christian group denied the charges.

Hizbullah is the only group that has kept its weapons arsenal after the country's civil war ended.

God bless our Shia resistance and its thunderous MP Mohammad Raad for identifying those who have become "shields for Israel". Our Shia resistance has proven its firm beliefs in democratic practices and has allowed the people of Lebanon to vote. But what our Shia resistance will not allow is those who used the voting process to implement the agenda of the Saudi-American-Israeli-Japani-Sengali-Ukrani-Bahraini-Emirati coalition. Please, don't try our patience!

Allah Ygeeb el Hawa al asfar on all of you.

This dweeb should run in Palestinian elections, his program only focuses on Israel not the Lebanese .

You got that right. Every time they suffer a loss, immediately, Israel and Amrika is on their minds. They are obsessed with both.