Rifi: We won't agree to unity govt., Raad shouldn't try to intimidate us 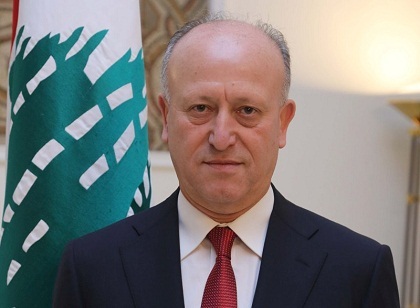 Tripoli MP and ex-minister Ashraf Rifi stressed Monday that he “will not agree to a national unity government.”

Hizbullah top lawmaker “Mohammed Raad should stop trying to intimidate us and we will impose the government that we want,” Rifi said in an interview on MTV.

Rifi has two other MPs in his bloc but he is allied with the Lebanese Forces bloc.

“We will not accept a national unity government, because it will be booby-trapped and impotent, especially like the governments that Hizbullah used to call for,” the MP added.

“Vacuum would be better than Hizbullah’s people being in charge of the government,” Rifi went on to say.

Rifi also noted that he has not nominated himself for the premier post and is “not seeking any post.”

As for the deputy speaker post, Rifi said he will support the LF’s nomination of Ghassan Hasbani should he be nominated for the post.

“I’m with choosing new and sovereign figures for the premiership and I do not see Najib Miqati as a change figure,” Rifi added.

Asked whether he will vote for Speaker Nabih Berri for the speaker post, Rifi said: “We are against all political forces, and we will cast blank votes because we are a change bloc.”

Rifi also said that the parliamentary elections “were remarkable in the Sunni community.”

“Those who bet on boycott do not know the Sunnis, who voted heavily for the camp of sovereignty and change, and we have returned to the multiplicity of Sunni leaders,” Rifi added.

Rifi is the beacon of hope for any sunni patriots. One of the very few who speak up with a voice loud and clear about Hezbollah.