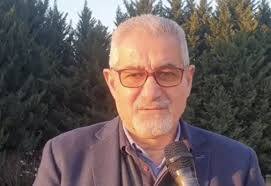 MP Sajih Atiyeh of Akkar, who is backed by ex-deputy PM Issam Fares, announced Monday that he is willing to assume the deputy parliament speaker post if nominated, as he voiced support for the re-election of Speaker Nabih Berri to his post.

“I know that he resembles us. He is the father of the deprived and we hail from a deprived region. Therefore this visit was to discuss the region’s affairs in particular,” Atiyeh said after meeting Berri in Ain el-Tineh, adding that he prides himself in a “patriotic figure” like Berri.

“This crisis requires people who have standing, a long experience and ability to resolve problems, and I believe that the coming period requires us and all MPs to stand by him,” Atiyeh added.

Asked whether he is nominated for the deputy speaker post, Atiyeh said: “I have not nominated myself, but if the situation requires me to be in this post, I’m ready with all my capabilities… I will not hesitate to assume any post in order to help my people and country.”

Asked whether his bloc will vote for Berri for the speaker post, Atiyeh said: “In principle, yes.”