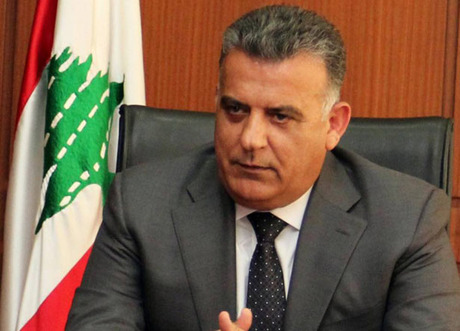 Lebanon's General Security chief Maj. Gen. Abbas Ibrahim has met U.S. officials in Washington as part of mediation between Washington and Damascus for the release of an American journalist missing in Syria, the head of a mission that assists hostages said Wednesday.

Nizar Zakka, President of the U.S.-based Hostage Aid Worldwide, told The Associated Press by telephone that Ibrahim was discussing the fate of six Americans held in the Middle East, but that the "primary objective" of his mission is journalist Austin Tice who went missing near the Syrian capital of Damascus a decade ago.

Zakka, who met Ibrahim in Washington on Tuesday, said Biden administration officials would not have invited the Lebanese official to Washington had they not reached something "very serious" with regards to the Tice case. He says there are "serious threads" in the case, without elaborating. Tice's fate remains unknown.

Earlier this month, U.S. President Joe Biden met Tice's parents and reiterated his commitment to continue to work through all available avenues to secure "Austin's long overdue return to his family."

Tice, who is from Houston and whose work had been published by The Washington Post, McClatchy newspapers and other outlets, disappeared at a checkpoint in a contested area west of Damascus in August. 2012.

Zakka said the six Americans include Tice and Majd Kamalmaz, a psychologist from Virginia who vanished in Syria in 2017. The four others are held in Iran, according to Zakka, who himself was held in Iran for years before Ibrahim mediated his release in 2019.

Ibrahim has mediated complicated hostage releases in the past. He told Lebanon's LBCI TV that his work regarding American hostages "had slowed down during the transitional period between two administrations" in Washington.

"There is a decision now to speed up the process," Ibrahim added.

State Department spokesman Ned Price said on Tuesday that U.S. officials "tend not to speak of our efforts in public before Americans come home so as not to jeopardize our efforts precisely to bring them home."

He added that U.S. officials "are deeply engaged on this case."

In the final months of the Trump administration, two U.S. officials -- including the government's top hostage negotiator, Roger Carstens -- made a secret visit to Damascus to seek information on Tice and other Americans who have disappeared in Syria. It was the highest-level talk in years between the United States and the government of Syrian President Bashar Assad, though Syrian officials offered no meaningful information on Tice.

Four years ago, the then-U.S. envoy to Syria, James Jeffrey, said Tice is believed to be alive and held hostage in Syria. He didn't say why officials believe this or who might be holding him.

Tice went missing shortly after his 31st birthday on Aug. 14, 2012. A video released a month later showed him blindfolded and held by armed men, saying "Oh, Jesus." He has not been heard from since.

In late April, the U.S. secured the release of Trevor Reed, a U.S. Marine veteran detained in Russia for nearly three years, as part of a prisoner swap.

In 2019, Ibrahim's mediation led to the release of U.S. citizen Samuel Goodwin after being held for two months in Syria.