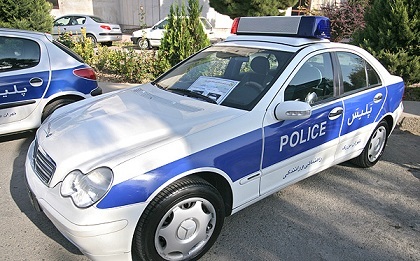 "Last night... police captain Abbas Rahanjam was martyred and his wife was wounded," after they were shot by armed assailants, Khodabakhsh Pakirshahi, a deputy governor of the province's Delgan county was quoted as saying by state news agency IRNA.

The shooting took place on the road from Delgan to Iranshahr city, the official said, adding that the captain's wife was transferred to hospital for treatment.

Assailants "using Kalashnikov rifles", fired at the police officer's car, and "ran away from the scene," said provincial police chief Ahmad Taheri, according to the ISNA news agency.

"Police investigations have been launched to identify and arrest the on-the-run perpetrators" he added.

The province, bordering Pakistan and Afghanistan, is often hit by attacks or clashes between security forces and armed groups, generally involving smuggling gangs as well as separatists or extremist groups.

Three members of the police, including a colonel, were killed in clashes with an armed group in the province in November, state media reported at the time.