Al-Sayyed to Berri: You will fall 'even if you were a prophet' 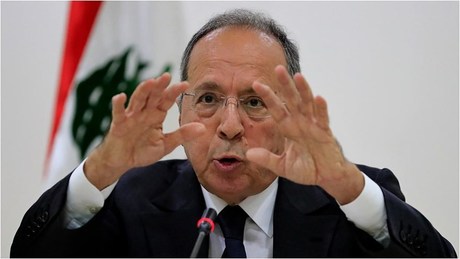 "I have survived wars, detention and assassination attempts, yet I have not changed, I stayed loyal to myself," al-Sayyed said.

"If your supporters fall, you will fall with them even if you were a prophet," al-Sayyed added.

Berri's supporters are known for a slogan that says that Berri would have almost been a Nabi (prophet in Arabic) if it weren't for the h in his first name Nabih.

On Tuesday, al-Sayyed, who was elected MP after running on an Amal and Hizbullah list but who also is an old critic of Berri, asked the Speaker to remove his "thug" supporters from the streets outside his home.

"If you think you are frightening us, we have seen many people like you and like your thugs," he added.

I would find his statement amusing if there wasn’t some truth in it. But jamil sayed’s other ally, Hizbala, is no better. They’re terrorists and drug dealers.

This guy is no Lebanese. He is a Syrian puppet.
He can rot in the same bag along Berri.