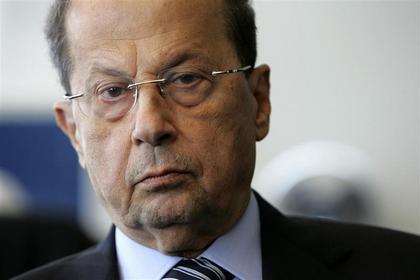 The Americans have relayed an Israeli message to Lebanon saying that Israel does not want to escalate the situation in connection with the latest row over gas drilling in a possibly disputed area, media reports said on Tuesday.

“That’s why he does not see a necessity to hurry up in signing the amended decree, and he prefers to hear what (U.S. mediator Amos) Hochstein has to say in order to act accordingly,” the sources added.

The United States has said that it “strongly” supports any efforts aimed at securing an agreement between Lebanon and Israel over the demarcation of their sea border, after the arrival of a gas ship in the Karish offshore field sparked tensions.

Speaker Nabih Berri meanwhile announced that Hochstein will visit Lebanon on Sunday or Monday to discuss the latest row and the possibility of resuming indirect negotiations.

If he were really interested he would "demand" that the US mediator sit down together and "knock-heads" non-stop until an agreement is reached AND SIGNED.