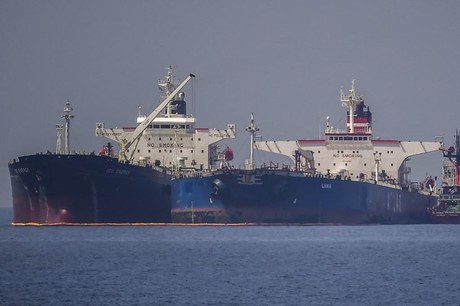 Tehran said Tuesday that Athens had ordered the release of Iranian oil seized from a Russian-flagged tanker, after a Greek court ruled it must be returned despite U.S. demands.

"The Greek government issued the relevant order, and now we are witnessing the lifting of the ship's seizure and the return of the cargo to its owner," the Ports and Maritime Organization of Iran said in a statement.

The Greek government has yet to confirm the move.

On Thursday, a Greek government official said a regional court in the country had ruled that Iranian oil seized in April from the Russian-flagged tanker, the Pegas, must be returned.

The official said Athens had been "very hopeful" the move would lead to the release of two Greek-flagged tankers that Iran seized last month in retaliation.

The Pegas had been moored near the Greek island of Evia when its cargo was seized in line with European Union sanctions imposed against Russia following its invasion of Ukraine in February.

According to information at the time, the tanker had been carrying 115,000 tons of Iranian oil.

The Pegas was later renamed the Lana, and Greek authorities said the ship and its crew would be released.

But the oil was held at the behest of the U.S. Justice Department, and a process to transfer the cargo to a U.S.-chartered vessel had been underway.