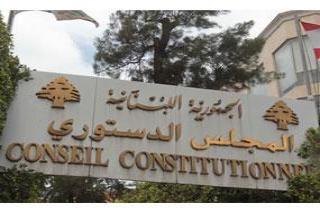 The Constitutional Council’s deadline for accepting appeals against the results of the parliamentary elections ended on Thursday, after 15 appeals were filed in total, the state-run National News Agency reported.

The appeals were filed between May 31 and June 16, NNA said.

Below are the details of the 15 appeals as reported by the agency:

- Marwan Kheireddine and the Hope and Loyalty list vs. MP Firas Hamdan (Druze seat in Hasbaya)