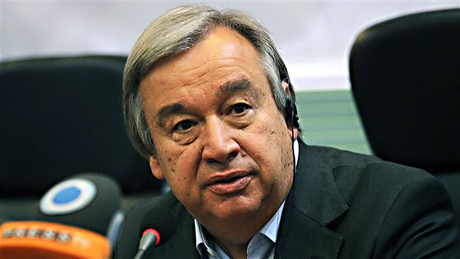 U.N. Secretary-General Antonio Guterres has called on all parties to “respect the decision” of the U.N.-backed Special Tribunal for Lebanon, after the court sentenced two more Hezbollah members to life imprisonment in relation to the 2005 assassination of ex-PM Rafik Hariri.

“The Secretary-General’s thoughts are with the victims of the 14 February attack, and their families,” his spokesperson said.

“The Secretary-General expresses his deep appreciation for the dedication and hard work of the judges and staff involved in this case throughout the years,” the spokesperson added.

The Secretary-General also noted “the independence and impartiality of the Special Tribunal for Lebanon” and called upon all parties to “respect the decision of the Tribunal.”

STL Prosecutor Norman Farrell has noted that the conviction of Salim Ayyash, Hassan Merhi and Hussein Oneissi should not be “the final step towards accountability,” calling on Hezbollah to hand over its three members to authorities.

“It must be remembered that this is not the final step towards accountability. Justice demands that they be arrested. I call on those shielding the three convicted persons from justice to surrender them to the Special Tribunal for Lebanon, and on the international community to take whatever steps are available to assist in their arrest,” the Prosecutor said.