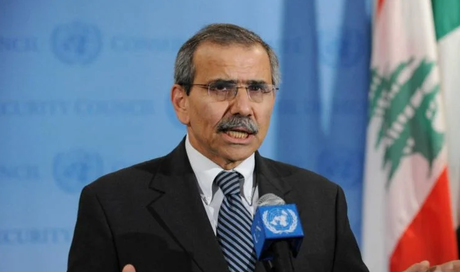 MPs from the Lebanese Forces, al-Kataeb and the "Change" group have said their parties are leaning towards naming Former President of the United Nations Security Council Nawaf Salam as a PM in the binding consultations on Thursday.

"We have met Salam and discussed our program with him, and we are almost unanimous in naming him," MP Waddah al-Sadek said Tuesday.

Meanwhile, a parliamentary source told Asharq al-Awsat newspaper that Salam is one of the names being discussed during the opposition's meetings and that the final decision will be announced on Wednesday.

Al Kataeb, on the other hand, seems to be definitive about naming Salam.

The Progressive Socialist Party and the Free Patriotic Movement's choices are still not clear. While the PSP have met with the LF in an attempt to agree on a single name, major progress has reportedly been made in talks between the FPM and the opposition MPs concerning the PM candidate.

“If the opposition agrees on a single candidate, that would grant him more than 60 votes, which would put Mikati’s nomination in danger, stripping it of its conformity to the National Pact, as the vast majority of Christian MPs would not vote for him and he would also not win any Druze vote,” MTV had said on Monday.

Bear in mind that the National Pact was never adopted by any legitimate government in Lebanon. It's like slavery in the US before Juneteenth, 1865: the slaves were not allowed to vote on the legality of slavery. "On June 19, 1865, enslaved African Americans in Texas were told they were free." The Emancipation Proclamation was issued by President Lincoln on January 1, 1863.