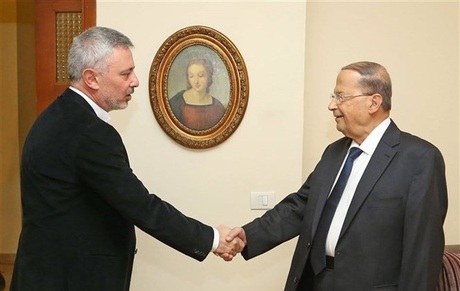 Caretaker Information Minister Ziad Makari said Wednesday that al-Marada leader Suleiman Franjieh is a serious candidate for Presidency, as he confirmed that his party will name Caretaker Prime Minister Najib Mikati as a PM in the binding consultations on Thursday.

By the end of the year, Parliament will pick a president to succeed Michel Aoun, who will be 89 by then.

He groomed his son-in-law Jebran Bassil for years but both never officially said that Bassil will run for Presidency.

Army chief Joseph Aoun has been tipped as an alternative but talks could drag on.

There might be a long period of stalemate in the parliament, according to Joseph Bahout, a professor at the American University of Beirut.

He predicted a tunnel of institutional deadlocks could delay reforms requested by the International Monetary Fund for a critically needed rescue package until the spring of 2023.

It's early days. I'm sure Aoun will want to hang onto that post until 2033.