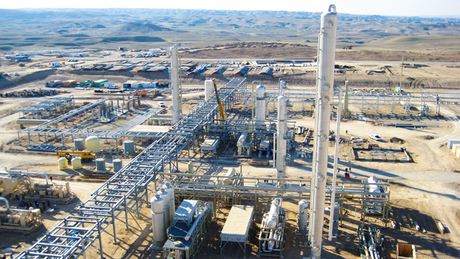 A Katyusha rocket struck near an Emirati-owned gas complex in northern Iraq on Friday, a local official said, the second such unclaimed attack in as many days.

The rocket targeted the Khor Mor gas complex in the autonomous Kurdistan region without causing any injuries or damage, a Kurdish security official said.

UAE energy company Dana Gas owns the complex, and the gas field lies between the cities of Kirkuk and Sulaimaniyah.

On Wednesday, the same facility was the target of a Katyusha rocket that also caused no damage or injuries.

No group has so far claimed either attack.

Energy infrastructure in the autonomous Kurdish region of northern Iraq has come under repeated attack in recent weeks.

In May, there was minor damage at the Kawergosk refinery northwest of the Kurdistan capital Arbil.

Three rockets had landed near that facility in April with no casualties or material damage reported.