Raad calls for forming government that can address 'priorities' 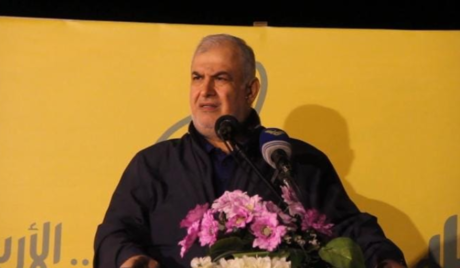 The head of Hezbollah’s parliamentary bloc, MP Mohammed Raad, on Friday called for forming a new government that can “serve the priorities” that the country needs, a day after Najib Mikati was designated to form a new cabinet.

“A PM-designate has been named, after everyone said that we must not waste the remaining months of the presidential term in searching for a prime minister. Thank God we acted quickly and a premier was designated, and now we will hurry up in forming the government so that we don’t waste the remaining months in the distribution of shares and rivalry over them,” Raad said.

“Look at the priorities that the country needs and let us form a government that can serve these priorities,” Raad added, calling for “a smaller number of ministries.”

“Let the government be able to serve the priorities that the current period in the country requires, including rescuing the monetary situation, securing electricity, approving the recovery plan, fixing the Lebanese lira exchange rate, activating the economic activity in the various fields, and providing food and medical supplies,” the Hezbollah legislator went on to say, calling for “productivity in the coming period.”

Government Top Priorities if truly working for Lebanon's interests:
1. Neutrality (UN charter)
2. No arms outside army. 120 days to disarm all militias including HizbIran.
3. Demarcation of all land and maritime borders starting with Shebaa
4. Insuring no future oil/gas revenues go to rockets/tools of oppression as Iran
5. Political reform and decentralization. Full transparency & accountability.
6. Digitize/on-line all government processes and permits.