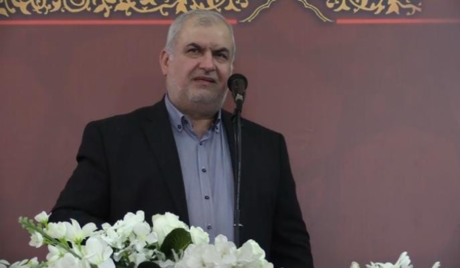 The head of Hezbollah’s parliamentary bloc, MP Mohammed Raad, on Sunday called for forming “a government that can be feasibly formed at the moment” to enable the country to confront its multiple challenges.

“The country requires several needs that oblige us all to cooperate and close ranks in order to secure them, instead of wasting time and effort on clashing over a certain ministerial portfolio," Raad said.

"During the current period we can form a government that may be more productive, but if we waste time that will be bad management," the lawmaker warned.

"We must all hurry up in forming a government that can be feasibly formed at the moment, so that it shoulders its responsibility in running the country, seeing as patients cannot wait, the markets that are being controlled by monpolists need an authority that deters them, and the enemy that is still threatening us on land and at sea requires an authority empowered by the equation of strength, defense and victory," Raad went on to say.

lol @ 'empowered by the equation of strength, defense and victory'

Government Top Priorities if truly working for Lebanon's interests:
1. Neutrality (UN charter)
2. No arms outside army. 120 days to disarm all militias including HizbIran.
3. Demarcation of all land and maritime borders starting with Shebaa
4. Insuring no future oil/gas revenues go to rockets/tool of oppression as in Iran
5. Political reform and decentralization. Full transparency & accountability.
6. Digitize/on-line all government processes and permits.