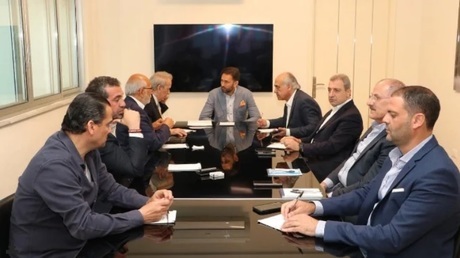 The Progressive Socialist Party-led Democratic Gathering bloc announced Monday that it “will not take part” in the new government but will rather “help in forming” it.

The stance was voiced by MP Taymour Jumblat following talks with PM-designate Najib Mikati as part of the non-binding consultations for forming a new government.

“We wished the PM-designate success in his mission,” Jumblat added.

The so-called change MPs, who emerged from the October 17 uprising, meanwhile called for the formation of a “small salvation government” that would have “extraordinary powers.”

“It would have to distribute the losses in a fair way and to carry out rescue missions,” MP Halima Qaaqour said on behalf of the aforementioned MPs.

“We told the PM-designate that he bears responsibility for what has happened” in the country, and “we won't take part in any quotas government or a national unity government,” Qaaqour added.