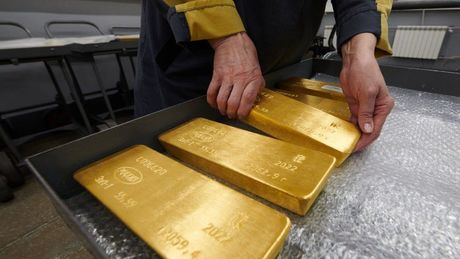 The latest moves "strike at the heart of Russia's ability to develop and deploy weapons and technology used for Vladimir Putin's brutal war of aggression against Ukraine," the U.S. Treasury Department said in a statement.

The sanctions target state company Rostec and other firms critical to the defense industry, as well as military units and officers implicated in human rights abuses in Ukraine, Treasury said.

"We once again reaffirm our commitment to working alongside our partners and allies to impose additional severe sanctions in response to Russia's war against Ukraine," Treasury Secretary Janet Yellen said.

"Broad multilateral commitments and actions by G7 members this week further cut off the Russian Federation's access to technology that is critical to their military," she said, which will "degrade Putin's capabilities and further impede his war against Ukraine."

The moves blacklist 70 entities and 29 individuals, which freezes any U.S.-held assets and prohibits them from doing business with or conducting financial transactions with U.S. institutions.

United Aircraft Corporation (UAC) is on the list as Washington aims to "weaken Russia's ability to continue its aerial assault on Ukraine," the statement said.

In addition, the United States is seeking to crack down on Russians seeking to skirt existing sanctions by "covertly" acquiring U.S., Japanese and European defense components.

Also as part of the G7-agreed sanctions, the United States banned imports of gold from Russia, the country's biggest non-energy export, Treasury said. But the move excludes gold already held outside of Russia.