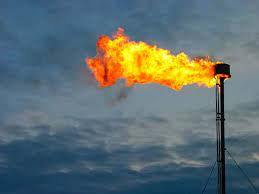 Leaders of the Group of Seven rich nations on Tuesday watered down a key pledge on ending fossil fuel financing abroad, as the need to tackle global warming clashed with fears over energy shortages.

The G7 countries -- Britain, Canada, France, Germany, Italy, Japan and the United States -- ended a summit in the Bavarian Alps by reaffirming their goal to reduce reliance on dirty fossil fuels and speed up the green energy transition.

But after three days of haggling, they also agreed to allow public investment in new international fossil fuel projects under certain conditions, as countries scramble to break free from Russian oil, coal and gas following the invasion of Ukraine.

An alliance of civil society organizations including Oil Change International also issued a scathing verdict, condemning the "loopholes" on gas that made it into the final communique.

The text reiterates that G7 nations will still halt new public investments in overseas fossil fuel projects by the end of 2022.

But given the "exceptional circumstances" of the Ukraine war, "publicly supported investment in the gas sector can be appropriate as a temporary response."

Like other European countries, they are racing to stockpile gas before winter and diversify suppliers as they brace for Russia to turn off the energy taps altogether after it recently slowed deliveries.

Germany has already decided to reactive mothballed coal-fired plants to offset the Russian shortfall, and is eyeing a new gas project in Senegal.

Pressed by reporters about the fossil fuel relapse, Scholz stressed the latest moves were temporary and would not derail Germany's climate targets or slow its shift towards renewables.

"We don't want to go back on our commitments," he said at a press conference.

"Even though we access new sources of gas supply, these are replacing Russian sources. We are not increasing the long-term supply of gas," he said, describing the current energy upheaval as "an emergency."

All G7 leaders reaffirmed the Paris commitment to limit global temperature increases to 1.5 degrees Celsius and to achieve net-zero emission by 2050.

They also repeated a previous pledge to largely decarbonize their electricity sectors by 2035.

Among the few new promises in the final statement is the commitment to "a highly decarbonized road sector by 2030".

US President Joe Biden and his counterparts also agreed to set up an international "climate club," Scholz's flagship proposal at the summit.

The aim is to coordinate climate action while avoiding competitive disadvantages between members, for instance through sharing clean technologies or agreeing common standards on carbon pricing or green hydrogen.

G7 leaders pledged to "intensify" efforts to mobilize climate financing for poor countries, many of which are already feeling the catastrophic impacts of extreme heatwaves, droughts and floods.

A long-standing goal to spend $100 billion a year on helping vulnerable nations adapt to climate change from 2020 remains unmet however.

Environmental campaigners said the G7 had done little to provide fresh momentum for the United Nations COP27 summit in Egypt in November.

"Chancellor Scholz has failed to mobilize new climate commitments from G7 leaders, leaving a huge gap for them to fill in the next four months to have credibility come COP27," said Alex Scott from the climate think tank E3G.