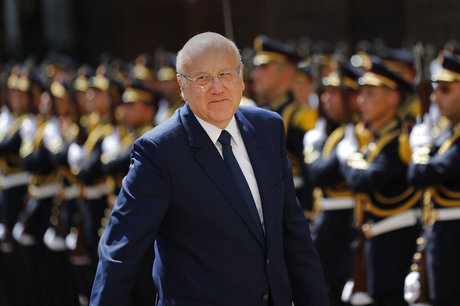 The line-up submitted by PM-designate Najib Mikati to President Michel Aoun on Wednesday contained changes to five to six ministerial portfolios from the current government, including the energy portfolio, TV networks said.

“Mikati proposed a specialist who is not close to the Free Patriotic Movement for the energy and water portfolio,” MTV reported. He also suggested a Beiruti candidate for the economy ministry who is close to the civil society parties, the TV network added.

MTV had earlier reported that Mikati kept the education portfolio with Abbas al-Halabi as he proposed Inas Jarmaqani as "the second Druze candidate."

MTV also quoted informed sources as saying that Mikati’s line-up is expected to be rejected by Aoun.

“Some FPM cadres have started an attack on the PM-designate and his line-up on social networking websites,” the sources added.