UN issues statement in support of LGBTIQ+ in Lebanon 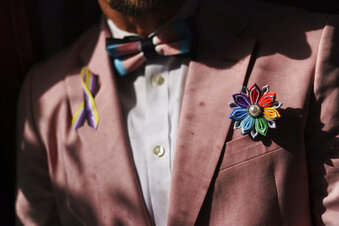 The United Nations has issued a statement expressing its concern about "the rising hate speech, discrimination, and violence towards Lesbian, Gay, Bisexual, Transgender, Intersex, and Queer (LGBTIQ+) individuals and organizations in Lebanon."

"As enshrined in the Universal Declaration of Human Rights and under the United Nations’ global commitment to leave no one behind, we encourage the Government of Lebanon to respect its national and international human rights obligations, including the rights of all people to freedom of assembly, association, and expression - regardless of their sexual orientation, gender identity, gender expression or sex characteristics," the statement said.

It added that "while Lebanon has taken some steps towards addressing discrimination against LGBTIQ+ persons in recent years, including during the most recent Universal Periodic Review of Human Rights in 2021[1], recent events suggest a rollback on human rights, particularly for certain marginalized groups."

"We urge the Lebanese authorities to fulfill their obligations under the International Covenant on Civil and Political Rights (ICCPR) to which Lebanon is a signatory, and prohibit discrimination on the basis of sexual orientation, gender identity, and expression," the U.N. went on to say.

The statement concluded that the U.N. "will continue to advocate for equality, inclusion, and full human rights guarantees for all segments of the population, including the realization for all of the rights to freedom of expression, assembly, and association."