OPEC+ may not be much help with high oil, gasoline prices 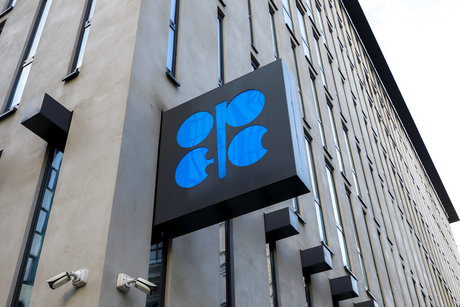 Oil prices are high, and drivers are paying more at the pump. But the OPEC oil cartel and allied producing nations may not be much help as they decide Thursday how much more crude to send to world markets.

That's because the 23-member OPEC+ alliance, which includes Russia, is struggling to produce enough oil to keep up with the rebounding demand for fuel since the COVID-19 pandemic. Plus, Western buyers are shunning barrels from Russia over its war in Ukraine, meaning there's less oil on the market to go around.

OPEC, led by Saudi Arabia, and its allies will decide whether to boost production in August beyond the increase of 648,000 barrels per day that the group agreed to at its last meeting. That boost was a modest step at providing some relief to soaring prices. Before, OPEC+ had been adding about 432,000 barrels per day monthly to put oil back on the market after cutting production dramatically during the height of the pandemic.

Gasoline prices around the world have reached painful highs. In the U.S., they surpassed $5 a gallon for the first time this month before dipping in recent days as global oil prices fell on fears of a recession. U.S. President Joe Biden has been under pressure to do whatever he can to reduce gasoline prices for struggling Americans, including urging Congress to suspend gas and diesel taxes, although many experts say there's little he can do.

OPEC, on the other hand, could help lower prices by increasing production — in theory. But that doesn't mean it will, even as Biden has urged the group to do so.

Production has fallen substantially behind OPEC+ quotas. Angola and Nigeria have longstanding shortfalls, among others, and questions have arisen about how much spare production capacity Saudi Arabia and the United Arab Emirates have in reserve.

There's also little incentive for OPEC+ countries to boost production even if they are able, said Heather Heldman, managing partner at Luminae Group.

"At the end of the day, they're worried about their economic bottom line, not the political fortune of a foreign leader," Heldman said.

In addition, Biden is planning his first trip to Saudi Arabia as president, and both countries will want something positive to announce after that summit next month, Heldman said.

"From the Saudi perspective and Emirati perspective, there's really no need to make any meaningful gesture now," she said.

Russia's war in Ukraine has contributed to high oil prices fueling inflation around the world. At a summit of the Group of Seven leading economies this week, the U.S. pushed for a price cap on Russian oil imports to try to blunt the price spikes and reduce money from oil sales flowing into the Kremlin's war chest.

The G-7 agreed to explore imposing the cap by tying it to services needed to sell oil such as insurance and shipping. Service providers would face sanctions if they facilitate the sale of oil over the cap. But the proposal left many important aspects open and will be the subject of talks in the weeks ahead.

High gasoline prices in the U.S. aren't just about rising oil prices and less oil on the market. Most American refineries are operating at capacity, so even if there was more oil produced, they wouldn't be able alleviate high prices by quickly turning it into gasoline, jet fuel and diesel.