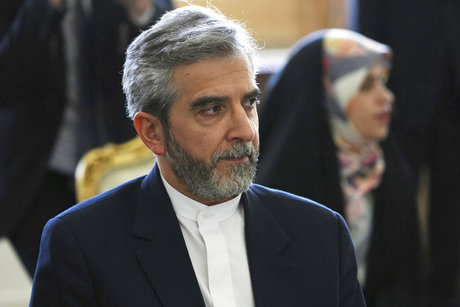 Iran insisted Thursday that a revived nuclear agreement with major powers remains achievable despite a negative U.S. assessment of two-way talks in Qatar intended to reboot the stalled negotiations.

The US State Department said the EU-brokered proximity talks in the Qatari capital Doha had concluded late Wednesday with "no progress made".

But Iranian Foreign Minister Hossein Amir-Abdollahian said he believed the talks had been "positive" and a deal could still be reached.

"We are determined to continue negotiating until a realistic agreement is reached," he said after a phone call with his Qatari counterpart Sheikh Mohammed bin Abdulrahman Al-Thani, who hosted the indirect talks.

"Our assessment of the recent round of talks in Doha is positive," he said.

"I insist on the fact that we are making serious efforts to reach a good, solid and lasting agreement," said Amir-Abdollahian.

"An accord is achievable if the United States is realistic."

The two days of talks, in which EU mediators shuttled between Iranian and US delegations, were intended to reboot wider negotiations between Iran and major powers in Vienna which have been stalled since March.

The talks aim to bring the United States back into a 2015 deal jettisoned by the Donald Trump administration in 2018 by lifting the sweeping economic sanctions he imposed in exchange for Iran's return to full compliance with the limits set on its nuclear activities.

Washington has "made clear our readiness to quickly conclude and implement a deal on mutual return to full compliance", the U.S. State Department spokesperson said after the talks wrapped up in Qatar.

"Yet in Doha, as before, Iran raised issues wholly unrelated to the JCPOA (Iran nuclear deal) and apparently is not ready to make a fundamental decision on whether it wants to revive the deal or bury it."

Differences between Tehran and Washington have notably included Iran's demand that its Islamic Revolutionary Guard Corps be removed from a U.S. terror list.

The talks in Doha came just two weeks before U.S. President Joe Biden makes his first official visit to the region, with trips to Iran foes Israel and Saudi Arabia.

Iran's criminal regime is beginning to feel the heat from Arab-Israel-Turkish alliance to contain Iran's regional hegemony ambitions, similar to NATO accords. Woe to Lebanon, Iraq, Syria and Yemen where militias created by Suleimani's kiss of death will become more active in destabilizing and taking over these countries so they turn into bargaining cards, attack dogs and useful satellites that are sacrificed for the benefit Iran's revolutionary guards' regional ambitions and nuclear nirvana. What a waste of natural and human resources!