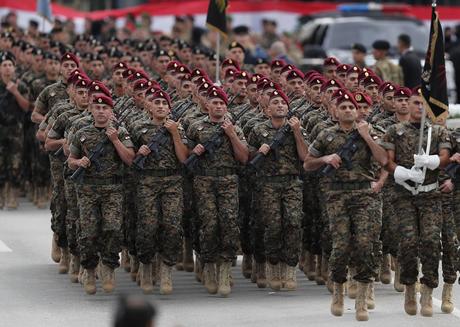 Lebanon's nearly three-year crisis has put unprecedented pressure on the U.S.-backed army's operational abilities, wiping out soldiers' salaries and wrecking morale. The overall deterioration puts at risk one of the few forces unifying Lebanon — the military. Over the past years, the army has been receiving assistance, including food supplies, from friendly countries.

Al Thani, who is also Qatar's deputy prime minister, is in Lebanon to attend the Arab Foreign Ministers Consultative Meeting, the report said.

Since the crisis erupted in October 2019, the Lebanese pound has lost more than 90% of its value, tens of thousands have become jobless and three quarters of the population of 6 million, including 1 million Syrian refugees, now lives in poverty.

The economic crisis is rooted in decades of corruption and mismanagement by the ruling class, which has been running the country since the end of the 1975-90 civil war.

The report said Qatar announced in July last year that the Gulf Arab sheikhdom would support the Lebanese army with 70 tons of food every month for a year.

So now little old Qatar is donating to the LAF. What crock of BS. What are they donating Advanced Precision Guided Missiles.... LOL