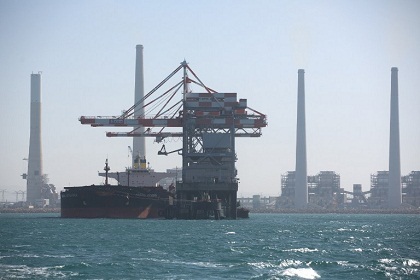 “Israel has welcomed the unified Lebanese stance, which does not mention Line 29 as a negotiations line, and it considered that this answer ends the disputed status of the Karish field file,” the sources told al-Akhbar newspaper in remarks published Friday.

In the regard, al-Akhbar reported that “the Americans, in consultation with the Israelis and European capitals,” are saying that “as long as the Lebanese share is the bigger one, Lebanon should buy Israel’s share through a global firm that would assume the mission of (gas) extraction and perhaps selling.”

Moreover, Israel has called on the international community to “deter” Lebanon and prevent it from “endorsing Hezbollah’s threats,” the sources added.

And what do Palestinians get ? Zero!

Best give the entire Qana filed to Hizbollahstan (south, nabatieh & beekaa) if Hizbollahstan and Lebanon become two independent nations similar to Czechoslovakia. Last elections showed nothing left in common andno longer any doubt that duo policy and their supporters represent the only serious threat to Lebanon's democracy, prosperity, intellectual vitality, liberal economy, civility and way of life. We have nothing in common with the Basij!